The Failure by Ray Bailey

It was just another parachute jump I had to make with my unit.  Drop time was to be about dusk and so it was called a “night jump.”  It was a beautiful day in North Carolina with light winds and no problems in getting ready to jump.  There was no indication of what was to come.

I really loved parachuting.  Yes, it had some risk to it and to many it sounded a bit crazy to exit “a perfectly good airplane.”  Apprehensive?  Nervous?  Sure.  Anyone who knew of the risk and danger of doing something like this would have those thoughts.  But, to take the risks and to withstand the doubts and fears and exit the plane with a parachute was worth it.  It was a thrilling time and high adventure testing one’s courage and strength against the elements and oneself.

There is always a chance for failure one way or another either by the jumper or nature with high winds and lightning.  There could be failure on the aircraft due to mechanical issues or even the equipment the jumper was using.  Mistakes and failure were always a chance.

The excitement was felt by all as we sat in the airplane.  We were about to do something that would change each of us in some way to make us more confident and ready for the next challenge.  The commands began by the jumpmaster and assistant jumpmaster to stand up and hook up our static lines to deploy our parachutes once we exited.  On command we checked our equipment and the person in front to make sure all looked good.  The jumpmasters told us to get ready for the green light to go.  The light went on and they yelled, “GO!”  Out we went one after another.

As I fell waiting for the parachute shock to open, I began counting: 1, 2, 3, 4, 5, 6…I felt no opening shock of my main parachute opening.  I looked up and saw that my parachute was all rolled up and just waving in the air as I fell.  I knew I had what we called a “cigarette roll”.  Due to the intense training I went back into the correct body position and pulled my reserve strapped to my waist.  I remember that it seemed like slow motion for the reserve to deploy and when it did the feeling that I had was such relief.

A couple years later I was stationed in Germany and was visited by one of my soldiers for counseling.  He saw some paratrooper memorabilia around my office and our conversation went to his time spent doing the same thing and some stories shared of exciting jumps.  I then told him of my reserve parachute moment, and he became very quiet and asked me when and where, which I told him.  He then told me he had jumped right after me on that same drop zone.  He said, “Wait right here.  I’ll be back in a few minutes.”  When he returned, he presented me a reserve parachute handle he had picked up on the drop zone.  It was mine.  I kept that for many years hanging on my wall till moving frequently, it was lost.

The handle wasn’t a symbol to gaze upon as luck or just another great story, but it was a symbol for me on failure.  No, not my failure in that instance, but a symbol of how to handle failure that comes my way, either by circumstance or mistakes I made.  When I gazed at that metal handle, I reflected on what it took to survive that failure.  It was from training on how to respond and on keeping a clear head and doing what was needed to do the right steps.  It was from my faith in myself and my Creator who was with me that pushed me to respond with all my resources.

Failures come in many sizes and shapes, both big and small.  We all have them daily in some way.  If one doesn’t fail, then one doesn’t try and that in itself is a failure.  I do know this.  Our Lord has given us reserve handles in every circumstance.  There is always a way to help ourselves and do what the training our parents have given us, personal life experiences to draw from, and a deep faith in ourselves and the Master that we will keep taking risks in living and not ever quite. 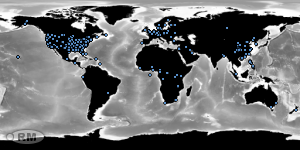